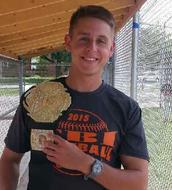 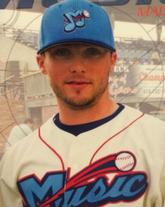 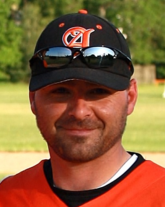 Coach Davis graduated from Niagara University with his B.A. in 2000 and a Master's in Elementary Education in 2001.  A  three year member of the Purple Eagle baseball team,  Coach Davis was a middle infielder and was named to the 2001 M.A.A.C. All-Academic Team as a graduate student.  Coach Davis was also the first ever recipient of the Niagara University Purple Heart Award in 2001.  This annual  award recognizes one male and  female student athlete  who embrace the Vincentian spirit that Niagara was founded upon and who most exemplify what it is to be a Purple Eagle through contributions to one's team on and off the field.  Coach Davis is currently the Head Baseball Coach at Amherst High School and an Elementary  Math Specialist in the Amherst Central School District.  Since Coach Davis has taken over the baseball program at Amherst High School in 2006, his teams have won two divisional titles and he has been named E.C.I.C. Division III Coach of the Year twice, in 2008 and 2012.  Coach Davis also had one of his players drafted in the 2013 M.L.B. First Year Player Draft.  Amherst Tiger catcher, Jonah Heim, was drafted in the 4th round by the Baltimore Orioles.  Coach Davis lives in Amherst with his wife and their two sons. 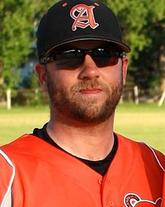 Coach Dolce graduated from Canisius College in 1997 with a  degree in Physical Education.  Subsequently he received his teaching certification in Health and his Master’s in Educational Computing from Buffalo State College.  Upon graduation from Amherst Central High School in 1991, Coach Dolce played 2 years of club baseball at the University of Buffalo before transferring to Canisius College where he played 2 years for the Golden Griffins as an outfielder.  Throughout his playing career he has played at various levels including American Legion, AAABA and the local NABF MUNY AAA Amateur Baseball League.  Following his playing career at Canisius, Coach Dolce worked as an assistant coach at Hilbert College in Hamburg, NY.  After being hired in the Amherst Central School District in the fall of 1998, Coach Dolce was named head coach of the Modified Baseball team in the spring of 1999.  In the spring of 2000, Coach Dolce moved on to become the assistant coach of the varsity baseball team.  Coach Dolce continues to work as the Assistant Varsity Coach under Coach Davis in the Amherst High School Baseball Program.

While attending Canisius College on a scholarship, Jordan received multiple M.A.A.C. All-Academic baseball team awards.  Following invitational spring training workouts with the Philadelphia Phillies, he played several professional minor league seasons (independent) with the South Coast League (Macon “Music”, Georgia) and the Golden League (Calgary “Vipers”, Alberta Canada) before retiring due to needing a series of shoulder surgeries.  He holds a Bachelor’s and Master’s degree in Health and Physical Education. Additionally, Jordan has a number of specialized credentials as a certified Lifeguard Instructor and Professional Rescuer Instructor with the American Red Cross and is also a Certified Strength and Conditioning Specialist with the National Strength and Conditioning Association.  His passion for developing athletes and well-rounded individuals has led him to a variety of coaching and teaching opportunities.  He currently teaches physical education in the Hamburg Central School District and resides on Grand Island, NY with his family.

Our instructors are N.Y.S. Certified Teachers and Coaches.  They hold certifications in C.P.R./A.E.D. and First Aid.